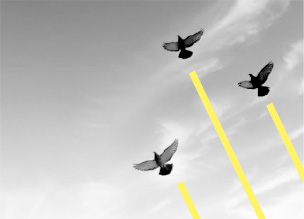 The new Government of India (“GOI”), led by Prime Minister Narendra Modi, stepped into power amidst high expectations and steep challenges posed by high inflation and falling growth rates. The GOI announced the 2015 budget, which demonstrates a commitment to financial consolidation and reducing the fiscal deficit. Promoting investment, foreign and domestic, has been the clear underlying theme of the budget. The GOI made a particular effort to allay fears of investors, stating that the GOI would not change any laws with retrospective effect, thereby assuaging fears of creating unforeseen liabilities on past investments. This was further bolstered by the GOI’s announcement of the “Make in India” global campaign on 25th September, placing a spotlight on the investment opportunities in India, whilst simultaneously easing the barriers to entry for investment. We have summarized below the main sectoral announcements, which have the potential of reviving the investment cycle in India and overall growth of the Indian economy.

As before, all investments in these sectors will be subject to prior approval by the Foreign Investment Promotion Board (“FIPB”) (the “approval route”);

To meet the demands of the ever growing urban population, the GOI has offered tax incentives to promote investments in the urban infrastructure and housing sectors. With the easing of FDI norms, allocation of INR 40 billion (~ 500 million euros) and the announcement of certain tax benefits, the affordable housing sector is expected to be the biggest beneficiary of the budget. INR 70.6 billion (~ 900 million euros) has been allocated by the GOI to create 100 “smart cities”. The master planning of 3 new smart cities in the Chennai-Bengaluru Industrial Corridor Region is scheduled to be completed shortly. Assistance to the ongoing Metro rail projects in Delhi, Jaipur, Mumbai, Kolkata, Bengaluru, Chennai and Kochi has been substantially increased by INR 22.65 billion (~ 289 million euros) and INR 1 billion (~ 12.8 million euros) has been allocated for new Metro projects in Lucknow and Ahmedabad.

The GOI has laid particular emphasis on the revival of the manufacturing sector, by proposing to set up National Investment and Manufacturing Zones. This is aimed at increasing the sectoral share in the GDP from 15% currently to 25% by 2022. It is projected that this will double the employment levels in India and increase India’s global competitiveness in manufacturing.

The GOI plans to build 200 low-cost airports in the next 20 years to connect Tier-II and Tier-III cities. INR 378.8 billion (~ 4.9 billion euros) has been allocated for building 8,500 km of national highways and roads.

These measures seem to have the clear objective to encourage the inflow of FDI. Although the new government has only been in power a little more than 100 days, it is encouraging to note a concentrated effort at promoting growth. Their continued implementation of these policy initiatives will go a long way in determining India’s growth path over the coming years.